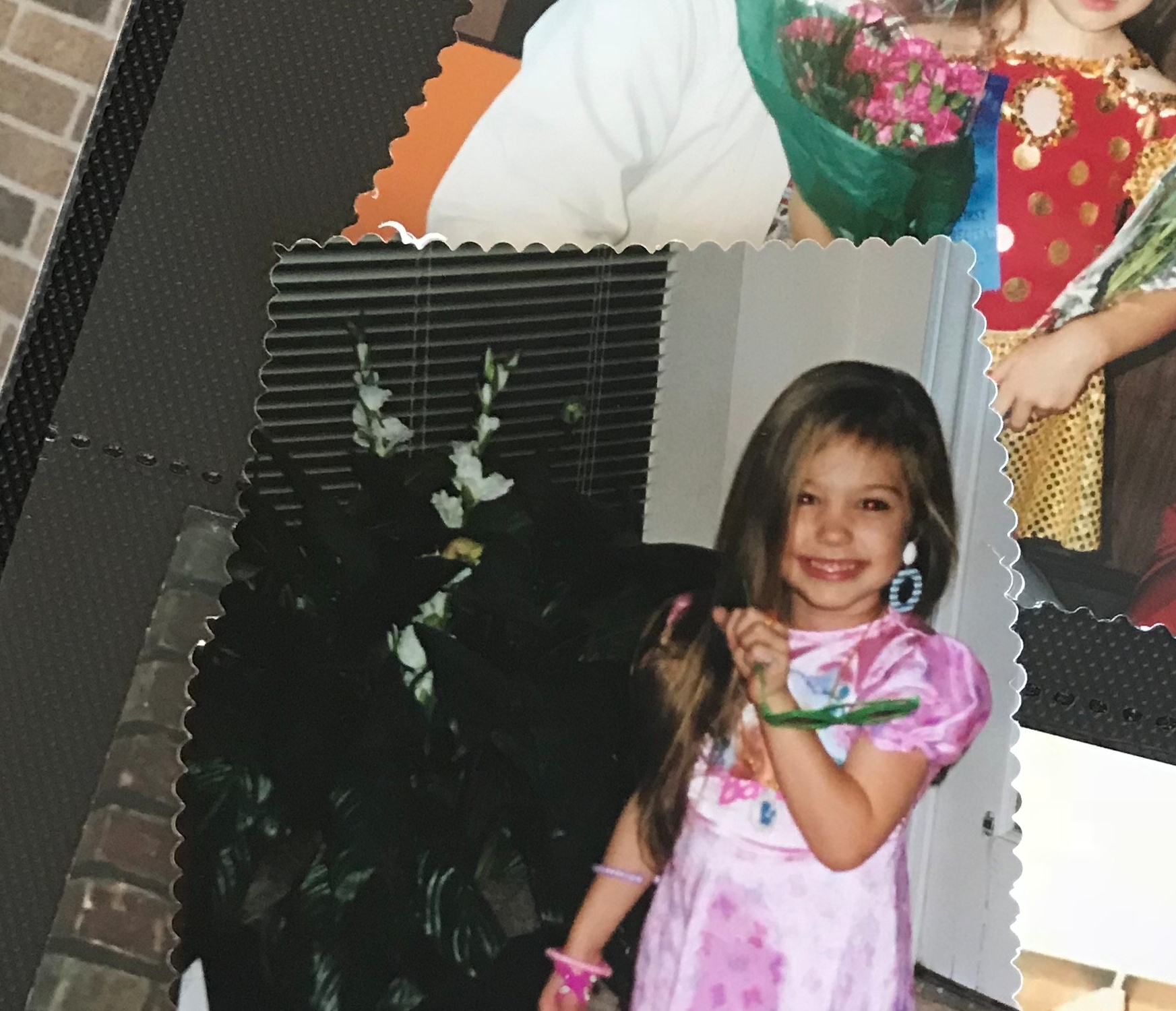 Hey, it’s me, coming to you with another post to read.

You’re welcome. Also, thanks for reading it.

Today’s topic centers around a super cool piece of my story, which is my own adoption. Let me clarify, today we will be talking about my story as an adopted child.

As a disclaimer and a reminder, this blog is about me. Whoa, chill Alana, super self-centered.

Yes, you’re right, but no, you’re wrong. Let me explain. This blog is about me and my journey. The thoughts, emotions, stories, memories, etc. that I have had or do have. I try my best to not speak for the other people involved in these stories, because a lot of people are involved, and they all have their own voice to share what they want to share. I do my best to not tell their story and to stick to mine. But for those times that our stories overlap, and they do quite often, please allow me the grace to speak freely and the benefit of the doubt if I say something that seems…off, or incomplete. My goal is to never speak for anyone else in these stories, which can be difficult, and I hope you hear my heart when I say I am only intending to share my own perspective, as I believe it can be a valuable one. In addition to this, because this is my own story, sometimes there are things that seem obvious to me, or that I might leave out unintentionally. This is where YOU come in, with your awesome questions and the confidence to ask them.

Alright, let’s get to it.

In case it hasn’t been made obvious by now, my adoption was a closed adoption. This meant that we had no contact with my biological family, and that I didn’t know who they were growing up. This was a choice made out of love, and a choice that I have come to better understand as I have gotten to know my bio mom. This choice for a closed adoption has directly impacted me growing up, as you’ll see below. Not every adoption is a closed adoption though, and.. more on that later. 🙂

As far as I remember, on the wall in every house we lived in, there was an embroidered piece of art. It read along the lines of, “Never forget for a single minute, you didn’t grow under my heart but in it.” Pretty cool words. I have no idea what the story is behind this piece (ask my parents), but I just remember that I never noticed this sign. Seriously. I would walk past it everyday, I knew the words by heart (still do), but I never took notice of it. It wasn’t until I was probably in late high school, early college, that I really read it and understood it. And that, my friends, should give you a pretty good indication of how much I paid attention to my own adoption.

Question from the audience: How did your parents explain adoption to you?

Like I’ve mentioned before, I always knew that I was adopted. There is no memory of ever being sat down and told, no memory of ever being shocked by the information, no memory of ever not knowing the information…there are no memories at all about this. I have just always known that I was adopted. I don’t know how my parents decided to do this, I don’t know what they said to me when I was little, I just remember always knowing. If my memory serves correct, we also just didn’t talk about it that much. I call it a “non-issue”. It was never something that was a big deal. Sure, it was a cool story, but it didn’t impact our everyday life. Sometimes I would forget that I was adopted, that’s how “non-issue” it was. I would have close friends who wouldn’t realize I was adopted, because it just wasn’t a big deal. It wasn’t that it was a secret, it was just that those parents were my parents, and being adopted was a very small piece of my life.

Question #2: As you always knew you were adopted, how did HOW they explain it morph overtime?

As I got a bit older, I remember asking them questions about my adoption. There wasn’t a lot of information for them to tell me, so the conversations were usually short. I wanted to know what I was (English, German, Swedish, Russian?) and my parents tried to shed some light on it from the little they remembered (from the paperwork), but there wasn’t enough information for me to ever be truly satisfied. I think because I badgered them so much, they would tell me anything they remembered, and we’re not sure if some of the information actually belonged to Andy’s bio parents or to mine. Truly one of the most satisfying things was growing up not knowing anything about my biological family, and then one day meeting them and knowing everything (almost).

I think this is something that a lot of adopted kids, or parents of adopted kids, can relate to. Identity is such a big thing for us as humans, and not having the option of knowing your identity forces one to pick a different path. For some people, they form an identity in what they do know. For other people, their identity becomes the never-ending search to find who they are.

Question #3: Do you feel there is anything they could have said or done differently that would have allowed you to understand more fully?

No. Of course, there are always things that can be done better, and there were a lot of things that were done perfectly. I truly believe that the way to make adoption the least traumatic thing possible is to be honest with your kids from the start. Because I never remember not knowing I was adopted, I don’t have any negative memories of this information. I never felt like I didn’t belong to/with my parents (more on nature vs nurture later). This is obviously not possible for everyone and there are some situations where the parents might feel that confidentiality is the best way, and that is completely their decision and their right to make that decision. I have no authority to judge or speak to their choices. But speaking from a VERY general point of view, in my opinion, honesty is always the best policy. My parents were very honest and they were very open, and I truly believe that this is one of the biggest reasons why adoption is a positive subject in my mind. They had the choice, and for me, they chose the exact thing I needed, which was honesty.

Going back to something I just mentioned, I said that I never felt like I didn’t belong to/with my parents. I want to clarify this a bit. Growing up, I truly never felt like I didn’t belong. We were a family, and there was nothing that could convince my brain otherwise, even when my brother had family history projects for school. I wasn’t hurt because he didn’t want to interview me, I wasn’t hurt that genetically we weren’t related, I was hurt that the school didn’t think we were family enough for me to participate in the project. We were family, and if arguments prove anything, we were the closest kind of brother & sister!

Sure, there were a couple of times that adoption was talked about negatively, always from me if I remember correctly. For example, one time I was mad at my mom, and I told her that she wasn’t even my real mother. Yes, I was THAT child. Now obviously, I only said this because I knew it would hurt her. Other non-adopted children might say something along the lines of “I wish you weren’t my mother”, or “Someone switched me with a different baby at the hospital!”. Even though I said it, I knew it wasn’t true. Every fiber of my mom is my mom, and every fiber of me as a daughter is the way it is because she is my mother. Even now that I know my biological mother, this has not taken away from my mom being my mom. If anything, it has added to it. I think because I was so secure in my adoption, so secure in knowing my place in my family, I felt comfortable saying that out of anger. I knew that, because she was actually my real mother, nothing I said would stop her from being my mom. While this situation happened very rarely, it is worth mentioning so that you guys don’t think I was totally normal (haha!) and so you know that even though adoption was a “non-issue”, it was something that could become an issue, given the right circumstances (fair warning-children are feisty, adopted or not).

For the handful of times adoption was talked about negatively, there were countless times that it was mentioned positively. Anytime someone heard our story, we were met with awesome feedback. My parent’s story of adopting my brother & me, well, it’s a pretty cool story, what can I say. Divine intervention, much? Anytime someone mentioned me looking like my mom, standing like my dad, thinking like my dad, “Hey, why are you so short and everyone else is so tall?”, it was delightful getting to clue them in on our “secret”.

Even though the actual process of adoption was not talked about frequently amongst the four of us, we joked about adoption quite a bit (and still do).

I do something that my parents don’t understand? She must be adopted.

My parents think I’m odd/weird/strange? Well, YOU chose ME, okay? Not my fault.

Parents act weird or dad dances like Steve Martin? I am TOTALLY adopted.

My brother is out in nature at 4 am? He is definitely not related to me.

Me being told that I was found under a rock?

If I only had a nickel…

Not flesh of my flesh,

nor bone of my bone,

but still miraculously my own.

for a single minute,

you didn’t grow under my heart

4 thoughts on “Adoption: by an adopted child”